Mr Mamoru Fukuyama, Parliamentary Vice-Minister of the Cabinet Office and of the Environment, visits OECD/NEA

Mr Fukuyama announced that Japan will participate in the NEA's forthcoming International Nuclear Emergency Exercise (INEX-5), which the NEA welcomed. Mr Fukuyama also announced that the Cabinet Office would like to continue its co-operation with the NEA in areas including off-site nuclear disaster prevention and nuclear disaster prevention training.

In the discussion, participants exchanged views on international efforts to strengthen nuclear regulation, safety, research and radiological protection in the post-Fukushima context. Mr Fukuyama expressed his expectation on the co-operation by expert international organisations such as the NEA for science-based discussions on the measures relating to the Fukushima accident in Japan. The NEA looked forward to continuing its close co-operation with Japan, including through the organisation of relevant workshops. 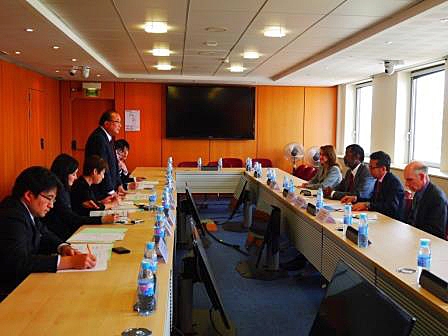 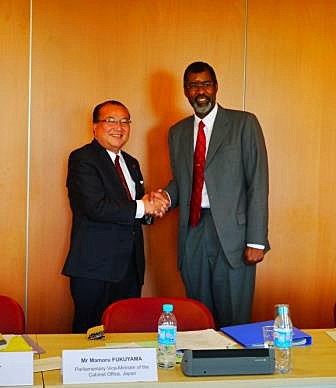